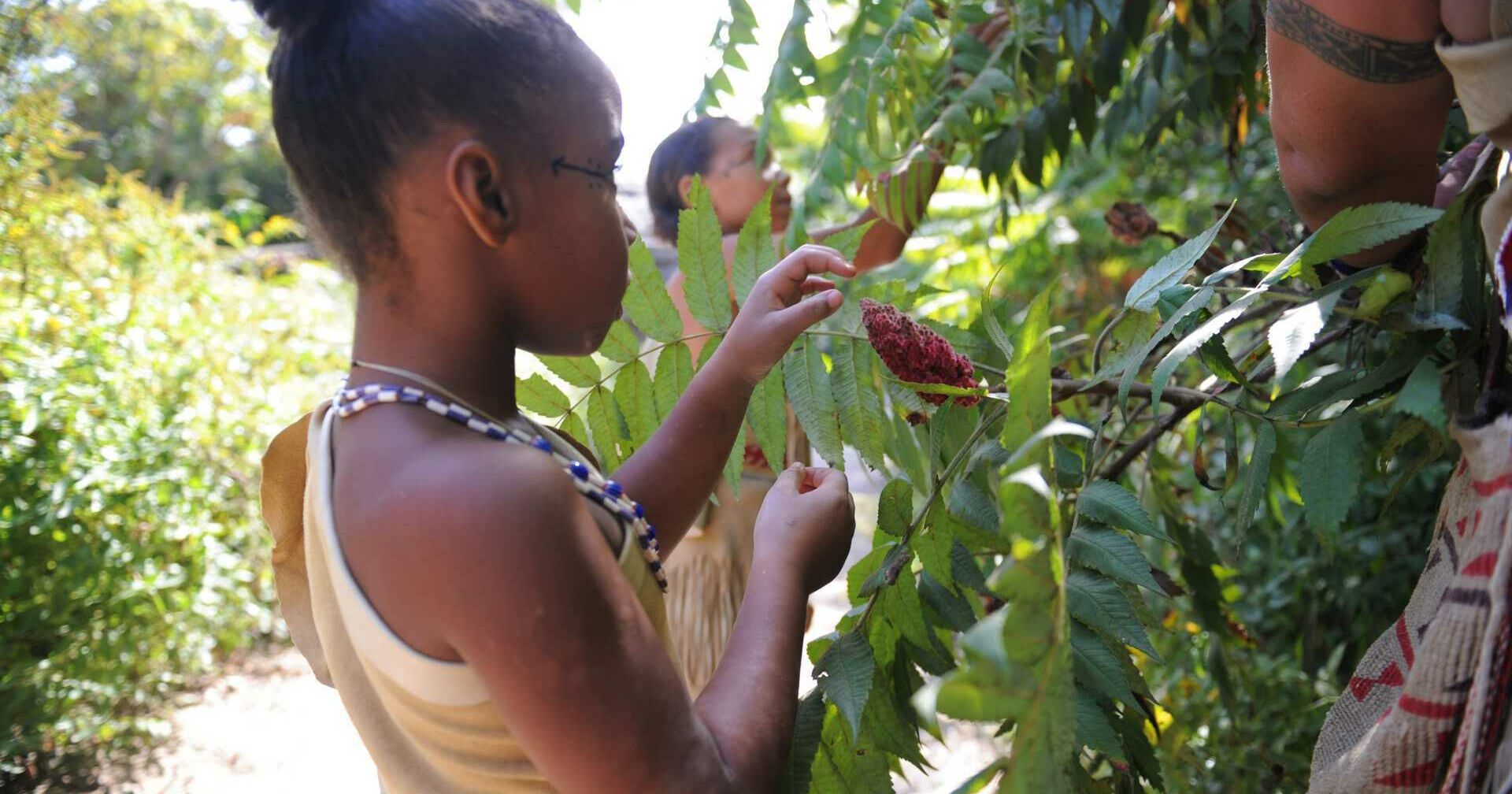 Today, these traditions remain strong among the Wampanoag, as they were in the 1600s.

As Wampanoag children grew, the young boys learned to fish, hunt, gather and work on small crafts. They also learned about the animals and plants, because all life is sacred. They would learn from their parents and listen to stories from the Elders. They learned, for example, to respect the rocks, the water and the birds. They learned respect for one another. Young girls would learn how to collect shellfish, plant crops, tan animal hides and make clothing. They, too, learned respect for all life. Both girls and boys were taught the principles of working together as a community.

Children in the 1600s were guided and instructed in their behavior and actions by example as well as with words. If a child misbehaved, he or she would be reminded of the correct behavior and made to feel sorry that they had hurt another person.

In the 1600s, children played an important role within the family, as they do today. Of the 102 passengers Mayflower brought to New England in 1620, 32 were children. The lives of those children, although surprisingly similar in some ways to the lives of children today, were also very different.

People in the 1600s thought differently about children than we do today. Children today, for example, are often allowed to make choices about things they would like to do, like selecting a musical instrument to play, deciding where to go on a family vacation, or choosing what games to play after school. Back in the 1600s, however, parents made all the decisions about their children’s lives.

The Pilgrims believed that children should be taught the skills they would need to survive as an adult. In Plymouth Colony, this meant that a large part of a child’s day was filled with work. Children as young as five could run errands, fetch wood and water, or even herd chickens. As children got older, their work became more and more important to the family.

Older boys helped their fathers prepare the fields for planting, sow seeds, weed the fields and, in late summer, harvest the crops. Boys also learned to tend livestock, hunt, fish and do any woodworking that the family needed. They were also trained to be the head of a household. As they got older and married, they would need these skills to raise their own families.

Older girls worked closely with their mothers. They learned all of the skills necessary to run a household. These skills included gardening, cooking and preserving food, tending to the younger children, and sewing and mending clothes and bedding.

Pilgrim children spent much of their day working, but sometimes, their parents allowed them to play games that improved their bodies or minds. Paintings from the 1600s show children playing games that we still play today, such as leapfrog, marbles and “ball and cup”. There were also board games, like Nine Men’s Morris and Naughts and Crosses (tic tac toe), and cloth dolls called poppets. Older children might exchange riddles or jests (jokes) with one another.

Children in Plymouth Colony did not go to school, because the Colony did not have a formal school. Many parents, however, taught their children to read and write at home. These lessons usually occurred in the evenings or in the winter when the farm work was finished. The Bible was the most common book in Plymouth Colony, so most children learned to read biblical passages. Children might also use a hornbook if their parents owned one. A horn book is a wooden paddle with pages of paper attached to it. The pages were printed with useful letters like the alphabet, a list of diphthongs (when two vowels are combined to make one sound), and the Lord’s Prayer. The pages were protected by a clear cover made of a thin slice of cow horn.