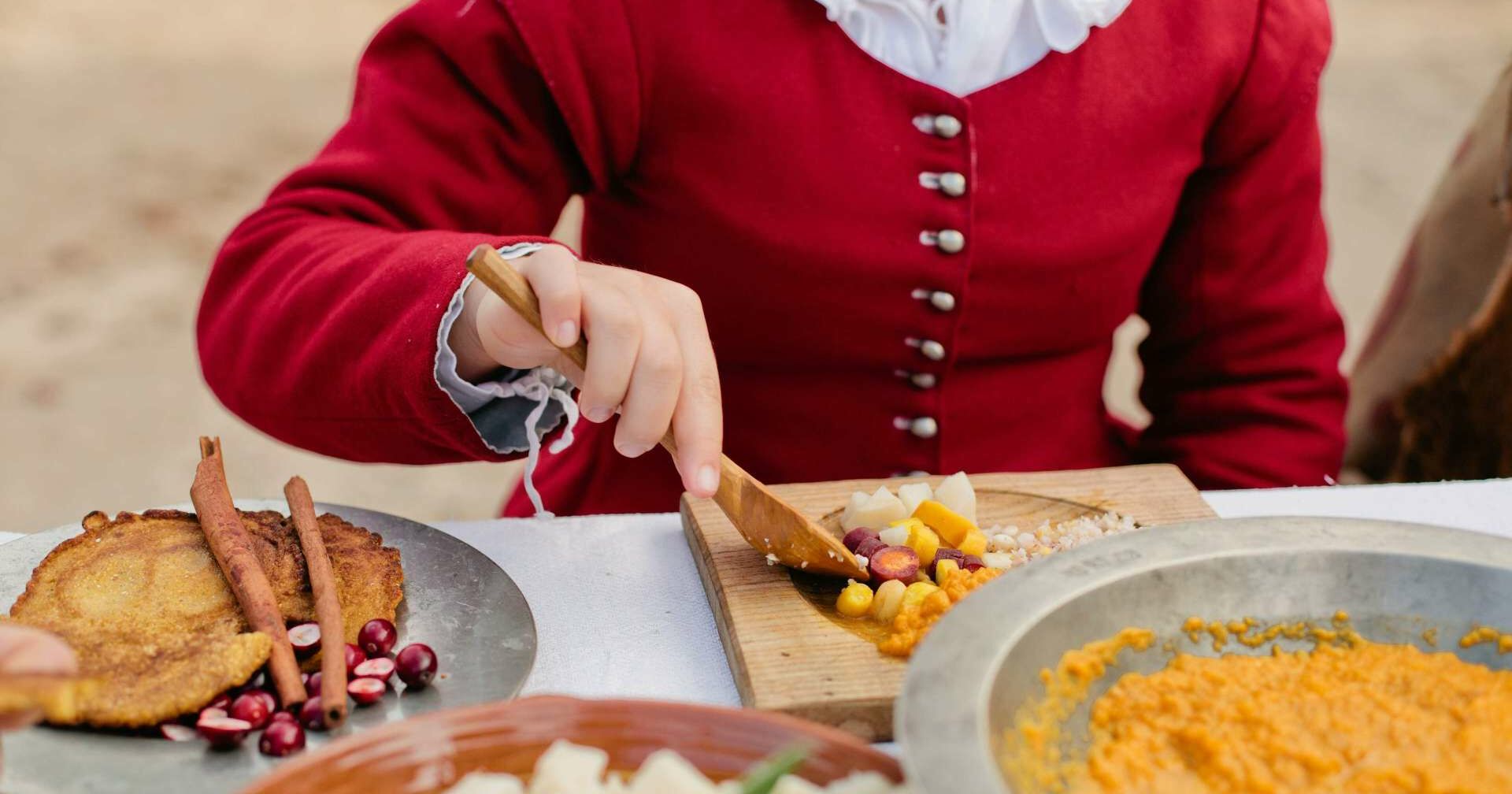 Thanksgiving is a national holiday that takes place on the fourth Thursday in November. But why do we celebrate Thanksgiving? And what is the meaning behind it?

People across the world have been celebrating and giving thanks for thousands of years. In this country, long before English colonists arrived, Native People celebrated many different days of thanksgiving, including, for example, a “Strawberry Thanksgiving” and a “Green Corn Thanksgiving.”

The English also had a long tradition of thanksgiving. They declared days of prayer to thank God when something good happened. For example, the English declared a day of thanksgiving in the summer of 1623 when a gentle rain ended a long drought.

Likewise, in the fall of 1621, when their labors were rewarded with a bountiful harvest after a year of sickness and scarcity, the Pilgrims gave thanks to God. They also celebrated their bounty with a tradition called the Harvest Home. In a letter to a friend in England, “E.W.” (Pilgrim Edward Winslow) wrote the only record of the celebration that survives:

"Our harvest being gotten in, our governor sent four men on fowling, that we might after a more special manner rejoice together, after we had gathered the fruits of our labors. They four in one day killed as much fowl as, with a little help beside, served the Company almost a week. At which time, amongst other recreations, we exercised our arms, many of the Indians coming amongst us, and among the rest their greatest king Massasoit, with some 90 men, whom for three days we entertained and feasted, and they went out and killed five deer, which they brought to the plantation and bestowed on our governor, and upon the captain and others. And although it be not always so plentiful as it was at this time with us, yet by the goodness of God, we are so far from want that we often wish you partakers of our plenty."

During the celebration, Massasoit, an important sachem (leader) of the Wampanoag People, along with 90 of his men, joined the English for three days of entertainment and feasting. We don­’t know for sure why the Wampanoag joined the gathering or exactly what activities went on during those three days. We do know, however, that the celebration occurred sometime between September 21 and November 9, 1621. Later, in the 19th century, the event entered American popular imagination as the First Thanksgiving.